By Raska from Indonesia

Indonesia is made up of tens of thousands of islands, each with a distinct culture of their own. This makes for a very diverse cuisine range; there’s always something for everyone. For this little blog post, I’d like to introduce to you the basic, “mama’s cooking” meals that you can find resting on nearly every Indonesian household’s dining table. 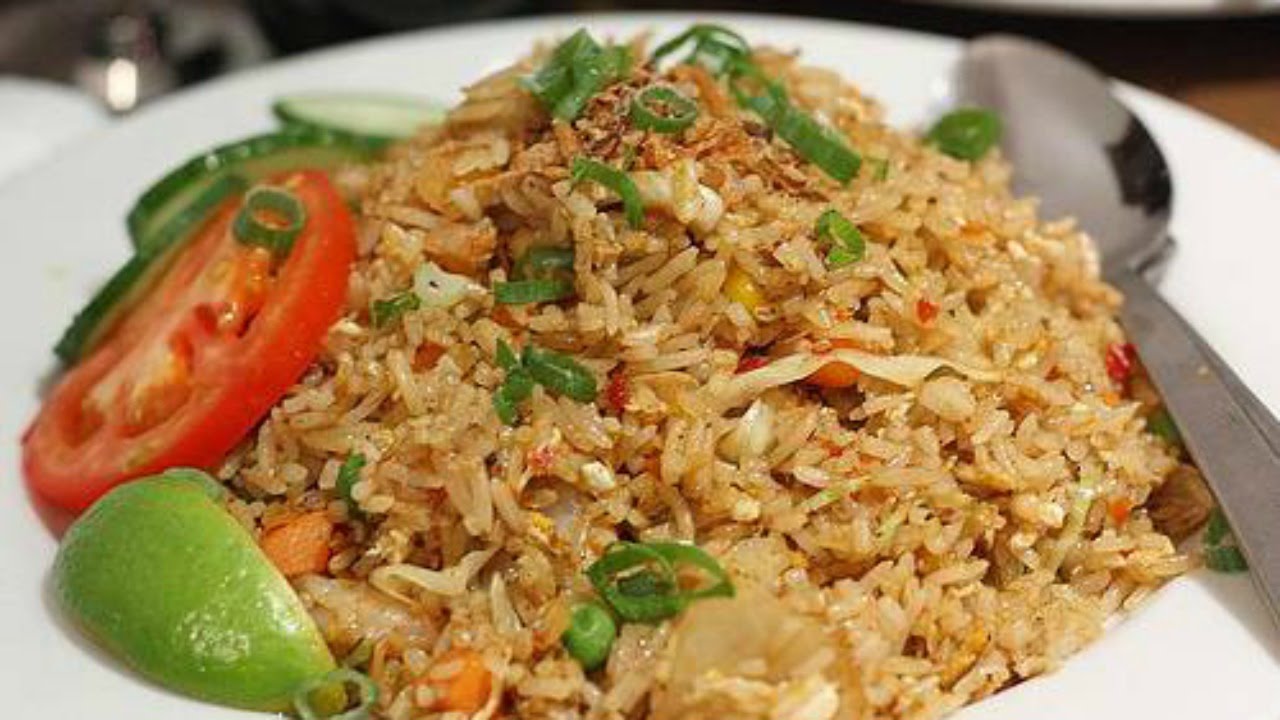 The first dish is one of the most basic ones, Nasi Goreng, which literally means fried rice. It’s pretty self-explanatory: the dish is made up of white rice fried in a wok along with chunks of meat, vegetables, and eggs. The dish is normally accompanied by Kecap Manis (sweet soy sauce, easily found in Asian markets across the U.S.) and Kerupuk (Indonesian savoury crackers). This dish reminds me very much of nights when my stomach feels like it needs more than just dinner. Normally food sellers with wheelbarrows traveling through Indonesian neighbourhoods called Pedagang Kaki Lima(Literally: sellers with five feet, meaning three feet as wheels of the wheelbarrow and two from the seller’s two feet) would sell this dish to hungry Indonesians looking for a midnight snack. 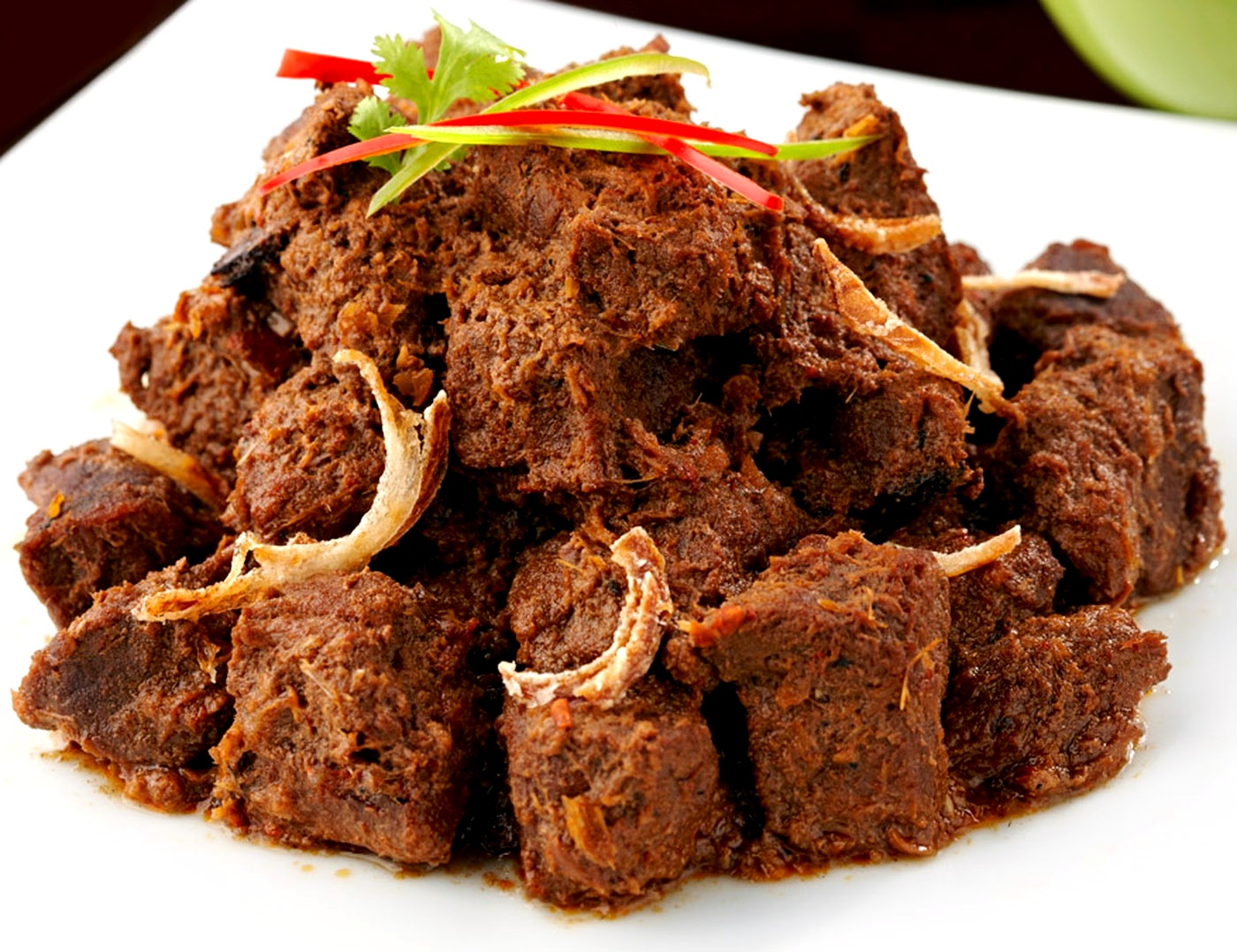 The next dish is one that we are very proud to mention as one of the world’s most delicious foods, after being mentioned as the best food in the world in an article by CNN. Rendang, the dish of kings. It’s basically a bowl of beef rich in flavor. The beef is left to stew for hours and hours over low heat with coconut milk and a mixture of lemongrass, galangal, garlic, turmeric, ginger, and chilies. The meat is so flavorful as the result of the long cooking process, letting all the spices soak in. This particular dish is very popular across the archipelago because of the abundance of Minangkabau-style restaurants in every city (the name of the region where this delectable dish hails from.) 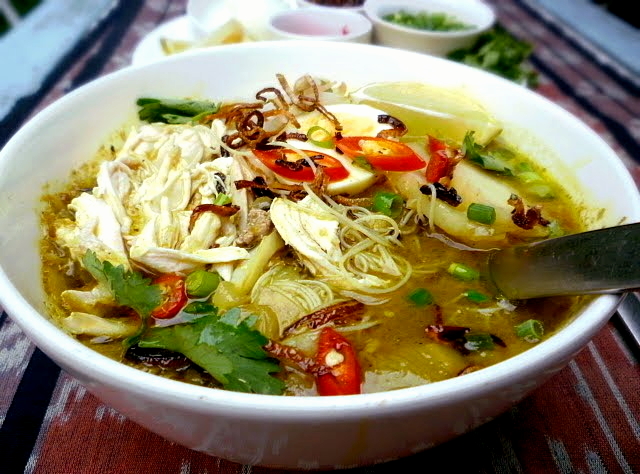 The last dish found in every corner of the country: Soto. It’s a traditional Indonesian soup mainly composed of broth, meat, and vegetables, sometimes also called Sroto, Coto, or Tauto, depending on what kind and where it originates. The ingredients added to it varies from region to region, and the flavor displays the culture where this particular Soto comes from. In my hometown of Jakarta, for example, Soto Betawi is a favourite. It’s made up of aromatic herbs and spices like galangal, garlic, shallots, kaffir lime leaves, and candlenut, along with some coconut milk to tone down the spiciness to the liking of foreigners coming in to Jakarta (a major international port in Southeast Asia.) Another fine example is Soto Kudus, a Kudus/East Java soup based on similar spices, but uses water buffalo meat instead of beef following the teachings of the Muslim mahaguru Sunan Kudus, who enforced religious tolerance towards the Hindu people who are prohibited to eat beef.

The list of amazing Indonesian foods goes on and on (and on), but unfortunately, I cannot list them all off the top of my head because I can’t choose which ones I like more! There is a very large selection of foods in Indonesia, and like I said earlier, there will always be something for everyone.