It’s Memorial Day Weekend in America, and for most of us that means traditions. Going to the lake or to the shore, opening the cabin, gathering as a community for parades, getting together with friends for backyard barbeques and pool parties are just a few of the ways some of us will be celebrating. Memorial Day is also considered the unofficial start of summer!

However, Memorial Day is a lot more than this. Memorial Day is about honoring all of our service men and women who have given the greatest sacrifice for our country. It is about remembering those who have died in the line of duty. Perhaps since many of us have had to change our plans this year due to COVID-19 we have the chance to remember what Memorial Day is supposed to be about.

4 Things You Should Know About Memorial Day

According to the History Channel, the first commemorative Memorial Day events weren’t held in the United States until 1868. Yet the practice of honoring those who have fallen in battle dates back thousands of years. The ancient Greeks and Romans held annual days of remembrance for loved ones, including soldiers, each year. This included decorating their graves with flowers and holding public festivals and feasts in their honor. In Athens, one of the first known public tributes to fallen soldiers was in 431 B.C., when the Athenian general and statesman Pericles delivered a funeral oration praising the sacrifice and valor of those killed in the Peloponnesian War.

2. The Start of the Holiday Here in the U.S. 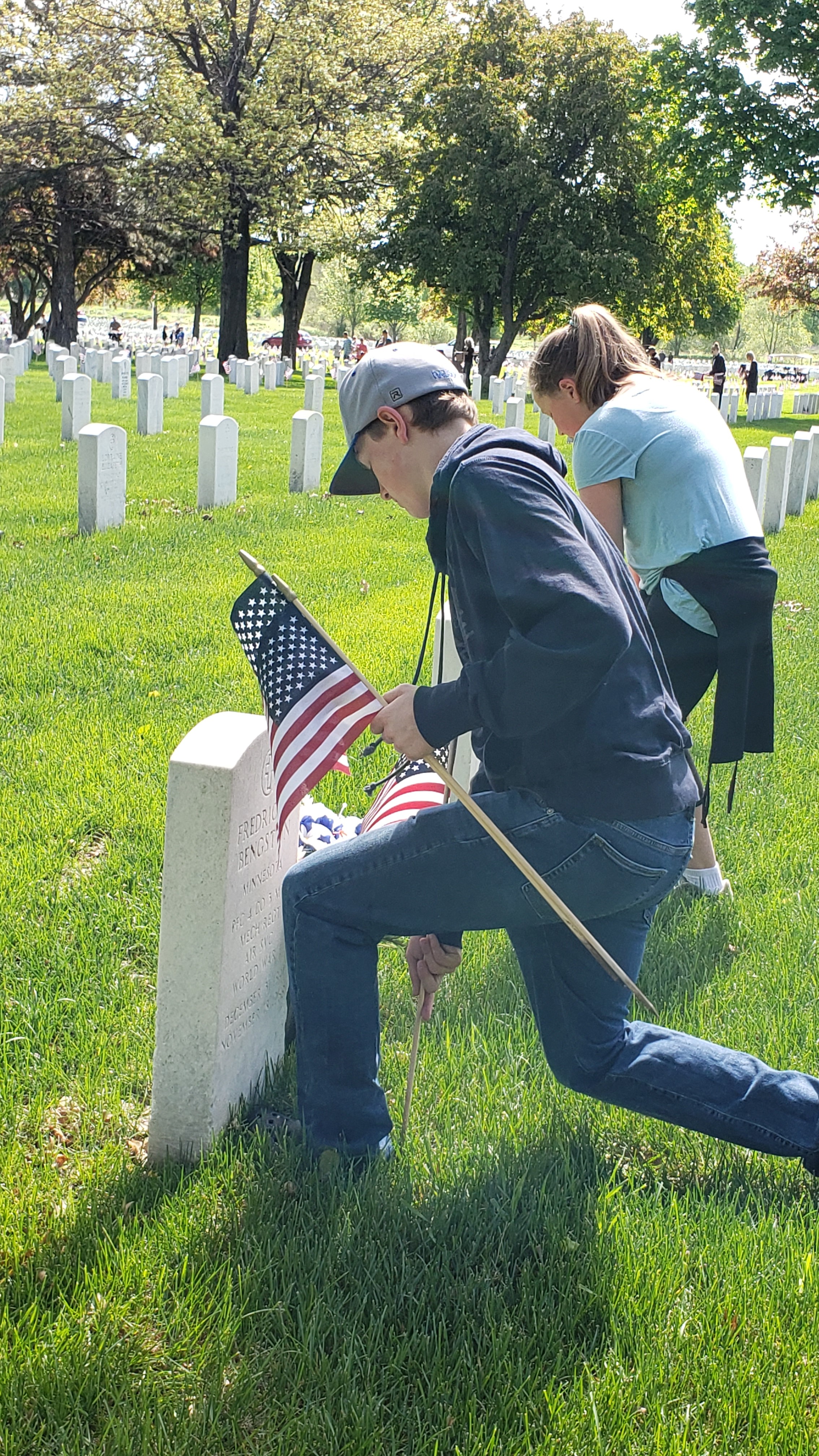 In May 1868, General John A. Logan, the commander-in-chief of the Union veterans’ group known as the Grand Army of the Republic, issued a decree that May 30 should become a national day of commemoration for the more than 620,000 soldiers killed during the Civil War. On Decoration Day, as Logan called it, Americans were told they should lay flowers and decorate the graves of the war dead “whose bodies now lie in almost every city, village and hamlet churchyard in the land.”  Supposedly, Logan chose May 30 because it was a rare day that didn’t fall on the anniversary of a Civil War battle.

American’s embraced the notion of “Decoration Day” immediately. That first year, more than 27 of the 37 states in the U.S. at that time, held some sort of ceremony. More than 5,000 people came together for a ceremony at Arlington National Cemetery itself! By 1890, every former state of the Union had adopted it as an official holiday. But for more than 50 years, the holiday was used to commemorate just those killed in the Civil War, not in any other American conflict. It wasn’t until America entered World War I that the tradition was expanded to include those killed in all wars. Memorial Day was not a federal holiday until 1971 when the date of celebration was also changed to the last Monday of May.

4. Why do we wear a red poppy on Memorial Day?

Many people think we wear the red poppy flower because the poem, In Flanders Fields, by Lieutenant Colonel John McCrae. This is only partially true. According to Historian Barabra Maranzani, in the spring of 1915, bright red flowers began poking through the battle-ravaged land across northern France and Flanders (northern Belgium). The Canadian Lieutenant Colonel who served as a brigade surgeon for an Allied artillery unit, spotted a cluster of the poppies shortly after the bloody Second Battle of Ypres. The sight of the bright red flowers against the dreary backdrop of war inspired McCrae to pen the poem, "In Flanders Field," in which he gives voice to the soldiers who had been killed in battle and lay buried beneath the poppy-covered grounds. Later that year, a Georgia teacher and volunteer war worker named Moina Michael read the poem in Ladies' Home Journal and wrote her own poem, "We Shall Keep the Faith" to begin a campaign to make the poppy a symbol of tribute to all who died in war. The poppy remains a symbol of remembrance to this day. 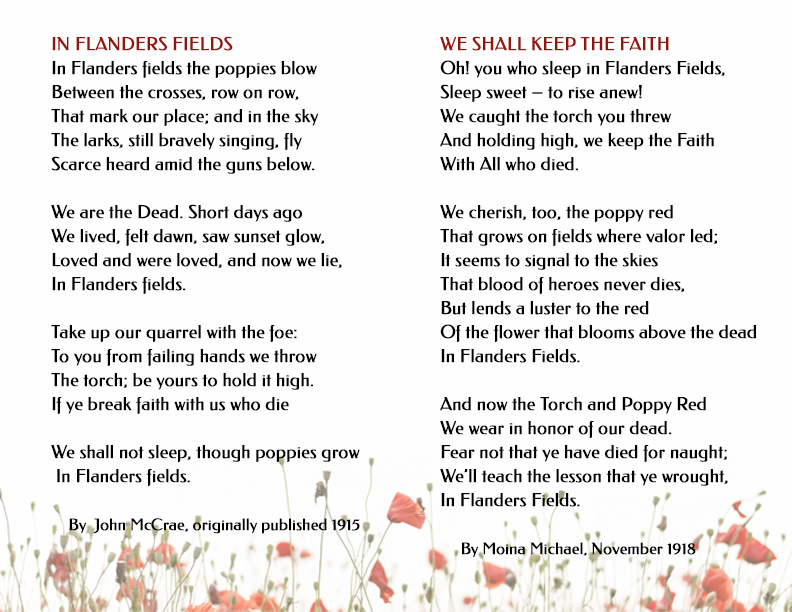 Memorial Day Traditions have Evolved Over the Years.

Despite the fact that the celebration of this holiday has evolved more into a summer rite of passage, there are some formal rituals still on the books I hope you will try to observe these on Monday as we slowdown and remember what Memorial Day is really all about:

1. The American flag should be hung at half-staff until noon on Memorial Day, then raised to the top of the staff.

2. All Americans are encouraged to pause for a National Moment of Remembrance at 3 p.m. local time.